The Rogers Park Chamber of Commerce welcome Mark Malave as their first Platinum Level Sponsor of the Taste of Rogers Park. 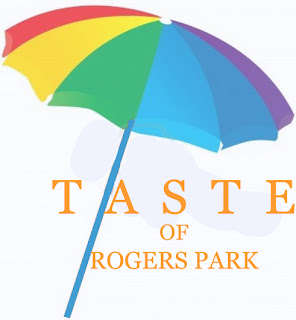 On his blog, Mark stated


"Today I decided that it was time to give a little something back to our beloved Rogers Park. I have pledged to be a Platinum sponsor at the first ever Taste of Rogers Park. I hope that everyone will consider pledging or at least attending. Keep checking back for updates".


The Taste of Rogers Park Kickstarter is located at:

In the words of the Rogers Park Chamber of Commerce:

"The Rogers Park Chamber of Commerce is very happy to announce that we have launched a thirty day Kickstarter campaign for the first ever Taste of Rogers Park through World Business Chicago's program, SEED Chicago.

The Taste of Rogers Park will be hosted at Artists of the Wall area of Loyola Park with it's Southern boundary being the Windform art sculpture. The Taste will continue to occur every other year and shift to other parks throughout Rogers Park, including Touhy Park, Willye B. White Park and Pottawatomie Park.

Our first Taste of Rogers Park will host twenty restaurants, ten for profits, and ten not for profits, as well as local musicians.

Children seven and under will enter for free, seniors can attend for ten dollars, and all ages in-between get in for fifteen dollars.

Please check out our Kickstarter and help make the first Taste of Rogers Park happen!

You can fund the event for rewards of tickets, t-shirts, or even sponsorship! Please help us bring this family event to Rogers Park"!

Sponsorship opened on Kickstarter today at:

As an advocate for the beauty and potential of my Chicago neighborhood,

This is the first of a series of postcards featuring Rogers Park.


Rogers Park can be defined by it’s character. It is what we know and love about Rogers Park. It is the personality and spirit of where we live. Examples could be the residents, the beaches or even the cobblestone street on Glenwood Avenue. 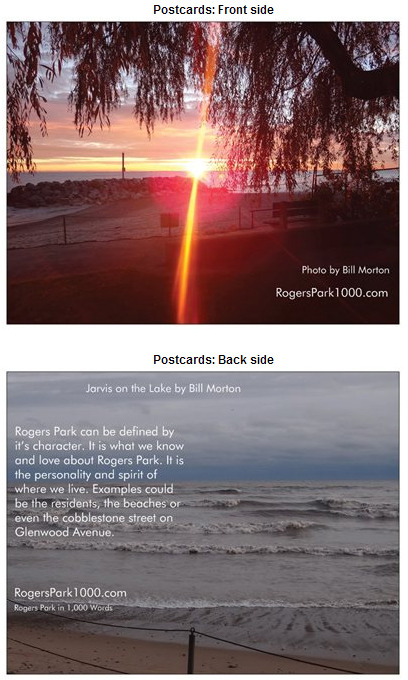 Visit http://www.kickstarter.com/projects/billmortonpromotions/jarvis-on-the-lake-postcard for more information and to pledge.

DeDe to perform in Uptown? 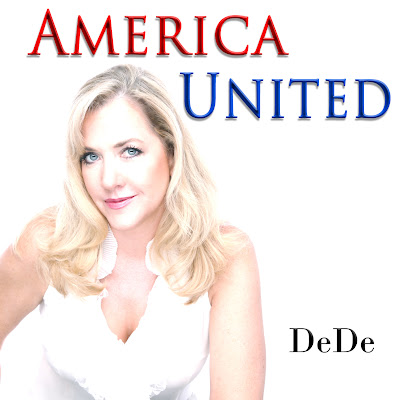 Will DeDe be performing in Uptown soon?

DeDe is the kind of recording artist that could perform at any event or venue in Uptown including The Green Mill, The Riviera Theatre or The Aragon Ballroom.


DeDe (Deborah Wedekind)
"said: “Wee-dee-kind”, and now you know why I go by my nickname"- DeDe

DeDe is from a very musical family of 7 children, and grew up in Katy, TX near Houston & lives in the Houston area.  DeDe went to high school with Renee Zellweger. (More on this later.)

DeDe’s music is primarily Adult Contemporary, and her original, Psalm on Danny Boy charted at #11 in July on non-urban pop radio stations across the US.  It also won a Top 5 Vocalist Award from Singer Universe in Jan. 2012, (I Dreamed a Dream also won in Feb. 2012), and Honorable Mention for Song of the Year in May, 2012.

- She wrote and released America United for the American People for the Election of 2012; to get people thinking about our country, our roots, our freedoms, our blessings we have enjoyed, and to remind us all to get out and vote.

- Clear Skies Ahead was Deborah’s First CD, released in Nov. 2011, with 14 songs:  #1 on internet radio is Stormy Weather/Can't Help Lovin medley, #2 2nd place is tied: Psalm and I Dreamed a Dream, #3 is When I Fall in Love. Her songs play 1000’s of times a week on internet and traditional radio.

DeDe’s a singer/songwriter/arranger and has more than 10 new songs ready to record. Her husband, tenor Larry Wedekind, sings with her on The Prayer.

She will be working with well-known Nashville Producer & multi-time Dove Award winner, Don Koch (said: “Cook”), in January 2013 to record her new EP with 7 songs: C to Shining C, for a March 2013 release.

Sister actress Missi Pyle, has been in numerous movies as a character actor including 2012 Oscar-winning, The Artist, as well as Charlie & the Chocolate Factory with Johnny Depp.  DeDe has met lots of celebrities thru the years, so ask her about her celebrity stories.  DeDe & Missi appeared as guests on the TV Talk Show, BEING FRANK with Frank D’Angelo, in Toronto in October.

DeDe’s music is a mix of pop, Americana, and jazz, with some Gospel thrown in.  She’s also arranges music. She arranged all the songs on her first CD. She’s been compared to everyone from Michael Buble to Adele, and from Linda Rondstadt to Emmylou Harris. Her next songs will have an edgier Indie Americana Pop feel, as well as the great soaring ballads she’s known for, with a little jazz sprinkled in.

Her music has been and remains on several WORLD TOP 10 CHARTS on Broadjam.com (a singer/songwriter website with over 8 million users), including Female Vocal Production, Blues, World Music, Jazz, Latin, Latin Jazz, Southeast US, Texas, and Mid-Tempo Ballad Top 10 Charts.

DeDe’s tagline is: Real Music for Real Adults. Although DeDe writes mainly pop, she’s also a Crossover Gospel artist.  Recognizing that a lot of the current popular music out there is focused on young teens, and also may have depressing, violent, or negative messages, she decided to “fill the gap”, and write positive music that would appeal to adults, and anyone who appreciates real good music.

She writes beautiful melodies, powerful and inspiring lyrics, and good clean music full of hope. Her music is like chicken soup for the soul: it fills a void for this type of inspirational music for adults or anyone who’s looking for a more melodious and God-inspired adult contemporary pop alternative to the same old, same old (often teen-only focused music) on the radio.  Her music is not Christian per se, but it contains lyrics and melodies that are inspired by God.  DeDe is a Christian, but is not called to be a Christian Artist, but to write music that “plants the seed”, and to remind people all over the world why we were all put here on earth by God in the first place.

She has a great band who’s leader performed in Vegas for major acts for 25 years.  DeDe and her band are able to travel all over the United States and Canada for shows, bookings and tours.  Booking agents and Event planners can contact her for more info: (281) 844-6494.

Hear and purchase her music on her Official website, Amazon and CDBaby and iTunes. To hear complete versions of her songs & download songs or purchase merchandise visit Reverbnation.

DeDe is currently a radio promotion client of Bill Morton Promotions of Chicago.

Posted by Unknown at 1:15 AM No comments:

Bill Morton Promotions specializes in getting your name known, you voice heard and your message understood.

Posted by Unknown at 9:20 AM No comments: